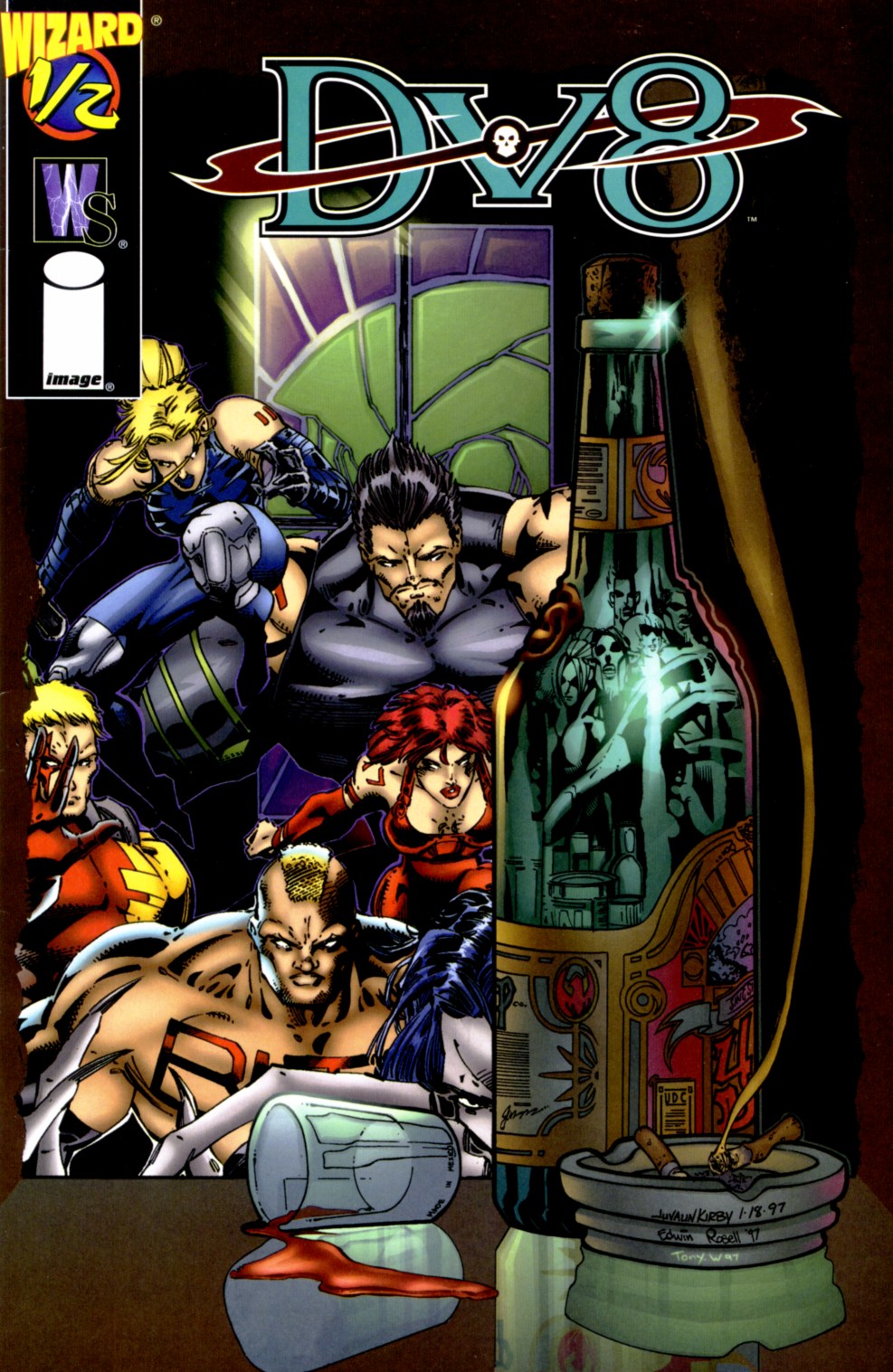 Our first story concerns the DV8 kids sitting around telling the grossest things they’ve ever experienced. Whoever has the least gross story has to drink an unholy concoction of various liquids from about the penthouse. This “half” issue is more a less an excuse from some gross out humor from Frostbite, Sublime, Evo, Powerhaus, and Copycat. Each story escalates until we get to Copycat, and before she can think of one Sideways Bob pops in to see what the game is about. And if it is gross stories you want, Bob has them for days. He tells so many the kids eventually beg him to stop. To that Bob declares that he is the winner, and that the winner makes a new rule. His rule is that all 5 of the kids have to split the bowl full of gross liquid at the center of the table as Sideways Bob hands out straws to the DV8 kids. 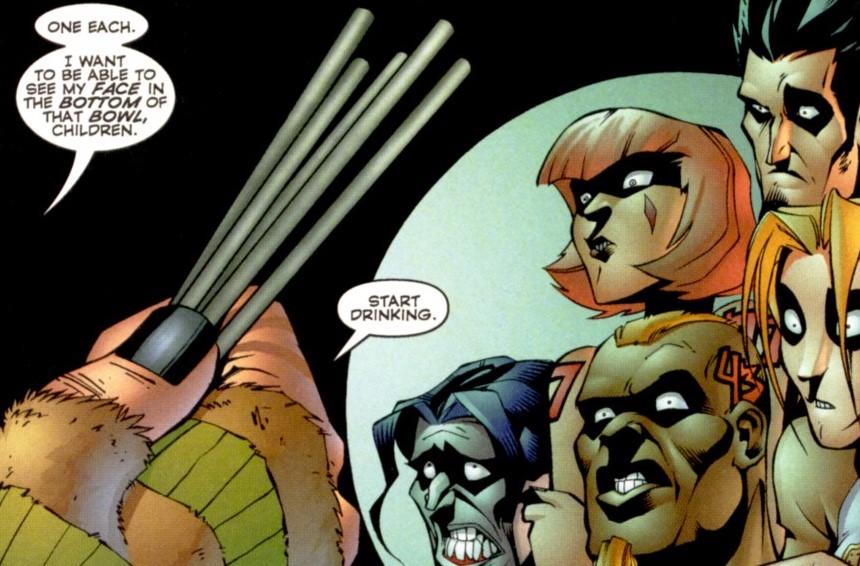 In issue 5 we have all the kids, including Threshold and Bliss on a mission to steal some teleportation device from some Japanese inventors. The Japanese firm was supposed to create new this “teleplate” for StormWatch, but their new invention also created what amounted to “free energy” which is why they probably won’t hand it over to StormWatch. It’s also why Ivanna wants it.

The kids break in and Threshold is going… well, kill-crazy, but that’s pretty normal for him. As the rest of the DV8 kids are defending themselves and getting a few shots in Copycat vanishes. Turns out that Copycat stepped on a teleplate and no one is sure where she went. That fact doesn’t matter to Threshold, he’s found a teleplate, that’s the mission, time to go home. This, of course, does not wash with the rest of the kids. 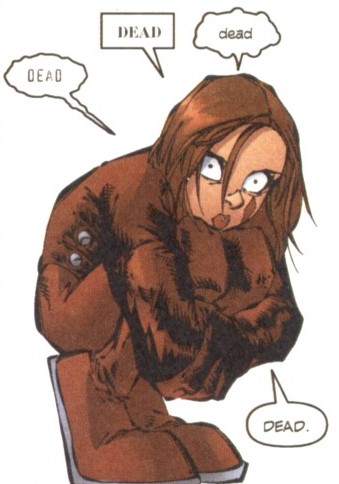 Where is Copycat? She’s seeing herself in an endless white void. In case you forgot, Copycat has several different personalities that rattle around in her head. They are all conversing amongst each other trying to find their escape.

Outside the void tensions are rising w/ everyone against Threshold’s idea for leaving Copycat behind. A fight breaks out, and ultimately Powerhaus kicks Threshold’s ass! He then reaches out using his power to absorb emotion, looking for a direction that Copycat may be in.

Powerhaus locates Copycats body hooked up to a bunch of machines in a small room. Turns out the white void is nothing more than a type of virtual reality, acting as a sort of prison for trespassers. As she comes to she is not as thankful as Powerhaus would’ve thought. Turns out, all that time in the void was getting her multiple personalities to integrate! She surmises that it wouldn’t’ve been much longer for full integration and now that’s something that Powerhaus and rest have stolen from her. She really starts to go crazy beating on Powerhaus until Sublime wacks her in the back of the head knocking Copycat out. Sublime is sick of it, she says if Ivana wants the teleplate she can come back for it herself, and as for the rest of the team, you’re all on your own, we won’t look after each other any longer. 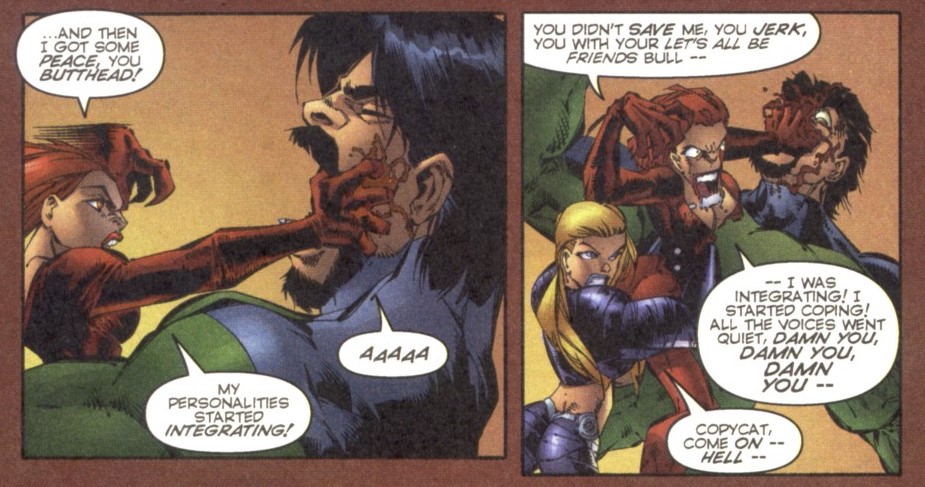 Where to Find These Stories