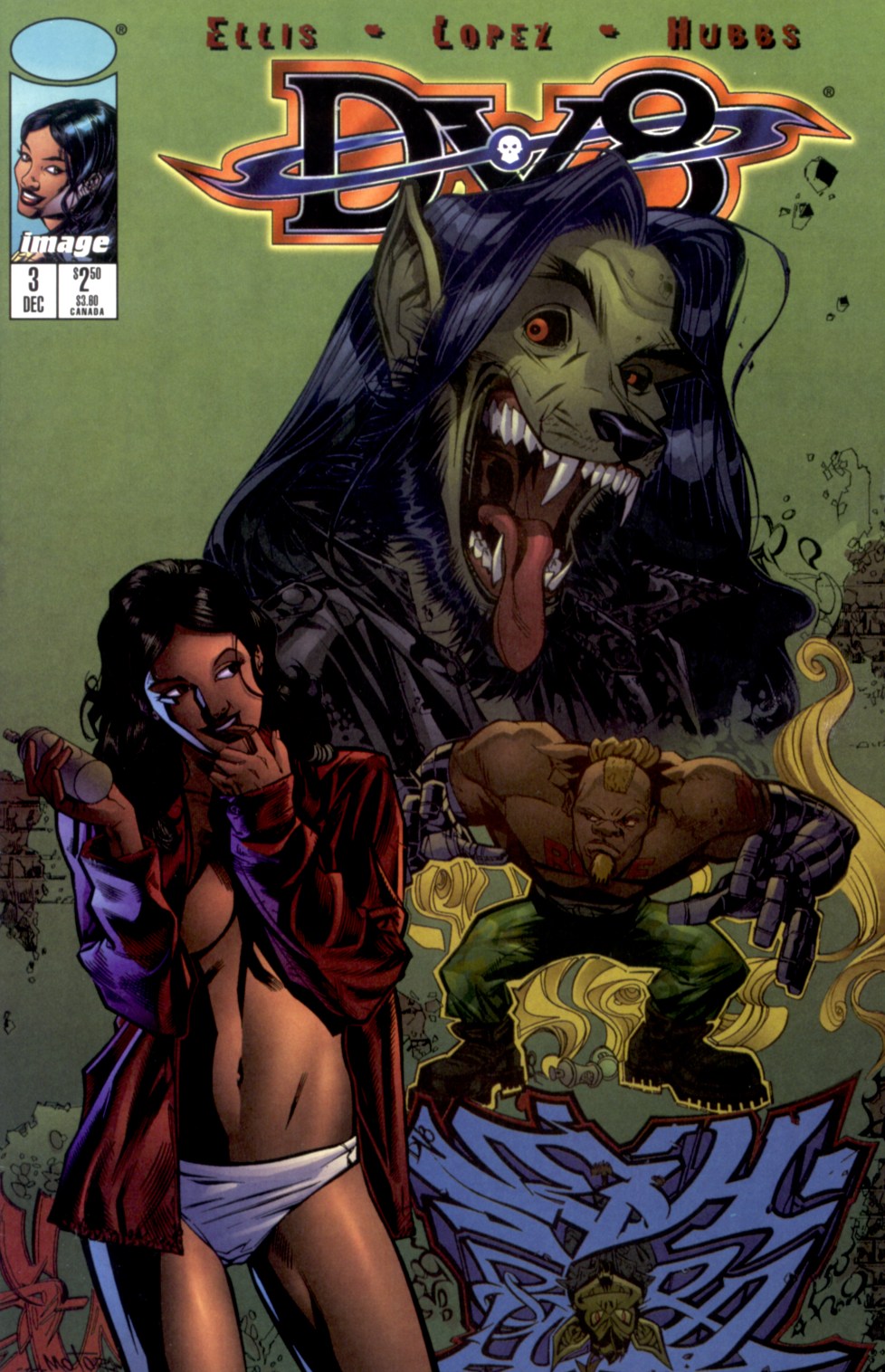 It’s a “Boy’s Night Out” for Evo and Frostbite. Both were pretty bored staying in the penthouse, not to mention kinda creeped out by Sideways Bob making out with Lucille that they leave and see what the neighborhood has to offer.  Turns out it’s a lot, but none of it good! There’s street justice, rampant drug use, and a drive-by shooting. Not only that but there’s a girl named Memorie.

Memorie is leading Evo and Frostbite around, shortly after the boys are shot at. She keeps talking, doing drugs, and leading the boys from one messed up situation to the next, but something just not right about her. Evo is even having trouble getting a scent from her. After getting into a scrap with the local toughs an old woman calls for help and Evo and Frostbite oblige. Turns out the woman’s daughter has passed out due to an OD. Evo and Frostbite break into her room and revive her, because, as Frostbite says, “I am sick of people dying!” Yep, that girl is Memorie, who said she dreamed she was talking to Evo and Frostbite. 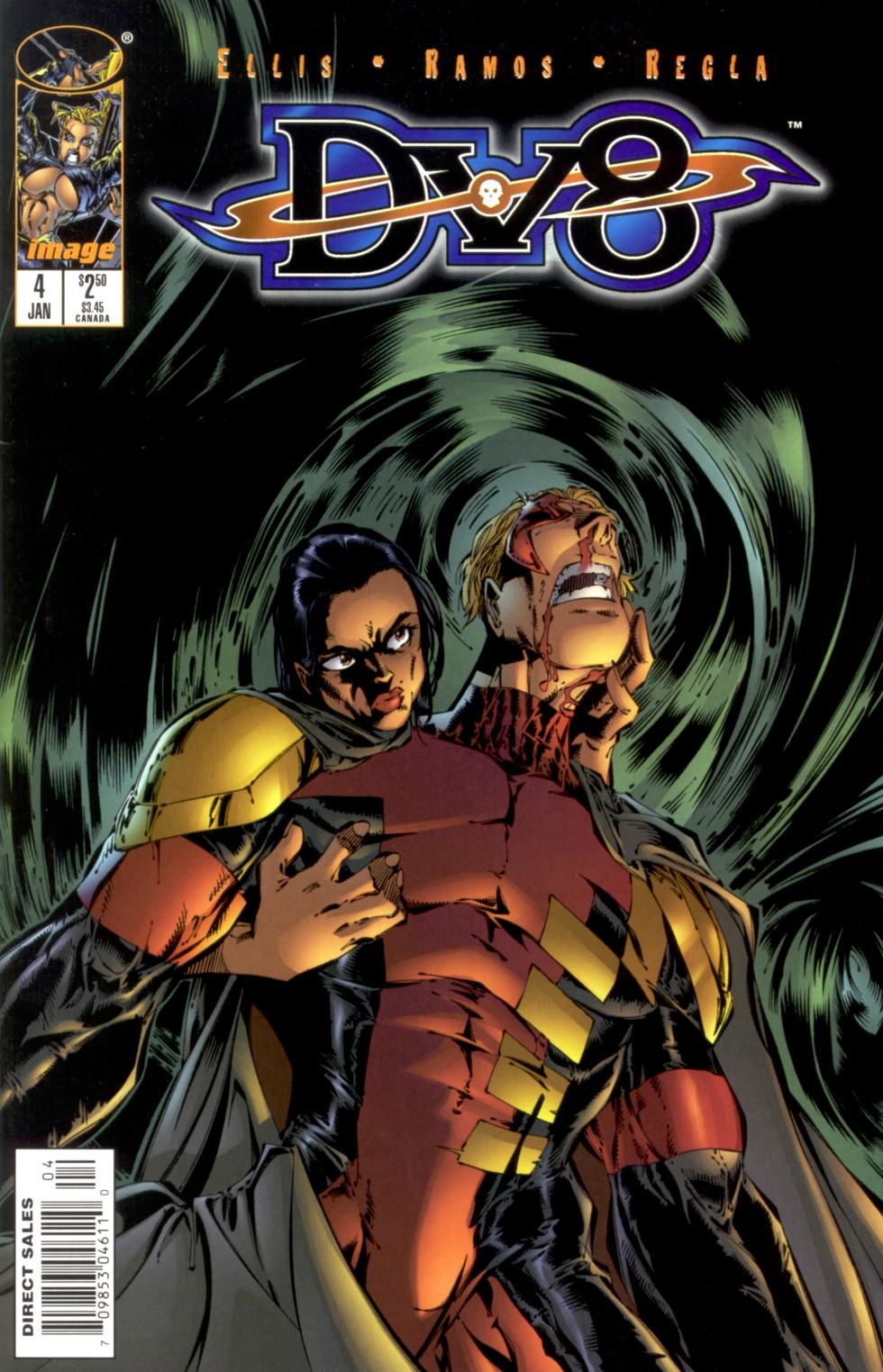 Meeting strange girls doesn’t always turn out so well. Take Powerhaus in our next story. Boy meets girl. Boy is convinced to go home with girl. Girl works for the CIA and this was all a set up to capture boy. Tale as old as time. Luckily Sideways Bob has a tracker that can read pain on each of the kids and sees that Powerhaus’s is going off and he’s nearing death. Evo, Frostbite, and Sublime decide, against Ivana’s objections, that they need to go save him, mostly in the spirit of friendship and team solidarity, but possibly to piss off Ivana. Bliss opts out because she realizes that she isn’t quite like the rest of the team and their connection, while Copycat joins the other kids, she feels much the same way as Bliss.

Speaking of girl trouble, the reason Threshold isn’t with the group is that he’s recovering from the Gen-Factor booster shot Ivana gave him. He’s currently drugged up out of his mind. Threshold is both deeply in love with and fearful of Ivana. With good reason, while in his drugged up fugue state it seems to be implied that Ivana was the person who killed his mother!

Back at the CIA compound, Sublime, Frostbite, and Evo bust through the doors, walls, and roof to free Powerhaus. They quickly realize that they are up against the CIA, and that the CIA are pissed off and are seeking retaliations for when the kids stole that little alien back in issue 1. While punching out the men in suits, the gal that lured Powerhaus in the first place makes a bolt for the exit, too busy none of the others can help. But here’s where Copycat steps up, because seeing how the other three went to the mat for Powerhaus, she can see herself trusting the others and becoming friends.

With all members of the CIA team knocked out, the others are like “Duh Copycat! We’re pals!” because ultimately if those 5 don’t have each other’s backs, who can they rely on? Bliss? Threshold? Sideways Bob? Ivanna? Fat chance!

Where to Find These Stories