Tales from the Bleed is a series covering books that just may fall outside of WildStorm continuity. They are almost always crossovers with characters from other companies or deliberate alternate versions of WildStorm characters.

This entry covers issues 1 and 2 of “Grifter and the Mask” by Steven T. Seagle, Luciano Lima, Joe Pimentel, and Cary Porter

Woah, what a book! It is jam packed with jokes. Quippy Cole Cash standard gags, cartoony over the top gags, dad joke level gags, everything  and the damn kitchen sink! It’s actually a lot of fun. When I first read this as a kid, way back when, I didn’t know much of the Mask / Big Head other than the movie, but I still enjoyed it. I’ve read a lot more comics from “The Mask” line and know the character better, but what we get here is still a bit more of the sillier movie version, but with the destruction and some of the violence of the comic version.

Paul Newman is a man who hates guns, he’s a veteran who’s fought for our freedom and his. What he wants to do with that freedom is protest a huge gun convention in Vegas. Cole Cash is a man who is pretty nifty with a gun but isn’t thinking about that right now, instead he wants play some craps.  What he wants right now is to stop rolling Sevens. Neither one of these men is looking for trouble, but damned if it doesn’t find both of them.

Cole is gambling at the Oasis casino in one of their high priced private rooms, and he gambling using credit. After a streak of bad breaks he’s forcibly ejected from the Oasis, before he really gets into it in the alley with some bouncers, the owner of the Oasis recognizes Cole, and likewise Cole recognizes the owner as a man named Denero. Denero wants Cole to steal a fancy pants weapon knowns as “the Probability Annihilator” from the near-by guns and ammo convention at the Ramses Casino. Cole will get Denero this weapon, or Denero will have Cole killed.

Meanwhile Paul is trying to protest the guns and ammo convention. After retiring from the military he’s not so high on guns, and he flew all the way to Vegas to protest this huge guns and ammo convention. It’s just not his day, first the airline lost his luggage, then he is told by security that he isn’t “protesting correctly” as he’s too close to the entrance of the convention. His girlfriend tells him to take a break, head back to the airport and see if they’ve found his luggage. In a twist of fate he’s not given back his luggage but the someone else’s, but this suitcase contains a mysterious and powerful jade mask. A mask that will give him the power to shut down the weapons convention.

What follows is Paul wearing the mask, becoming a new version of Big Head and literally bringing a knife to a gun fight. Cole, in trying to find a way into the Rameses casino, tries to get a job in security. A job which he lands as soon as the head of security sees Big Head effin’ shit up old skool at the gun show. 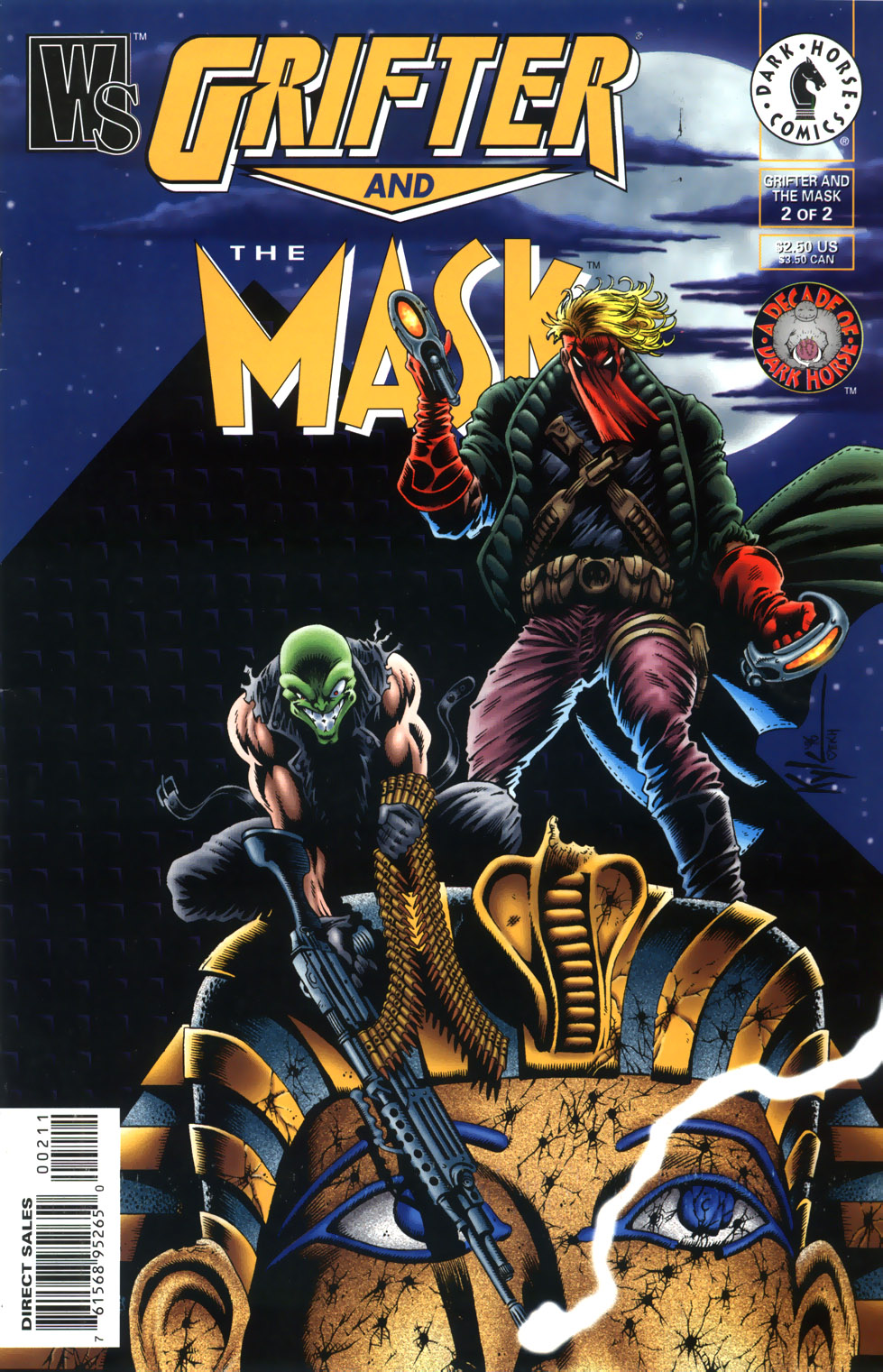 While Cole is mainly trying to get Paul to calm down and see the error of his ways, that being causing WAY more destruction and chaos than the guns he’s protesting, they’re each being accosted by a common enemy. In this case it is a crew of one armed gun nuts known as the One Armed Bandits. And if that isn’t enough, they all have lost their left arms and refer to themselves as Right Supremists. So these jokers keep getting in Cole’s way of stopping Paul and reasoning with him, they keep riling Big Head / Paul up, causing Big Head to go even bigger in his crazed rampage of the Vegas strip. 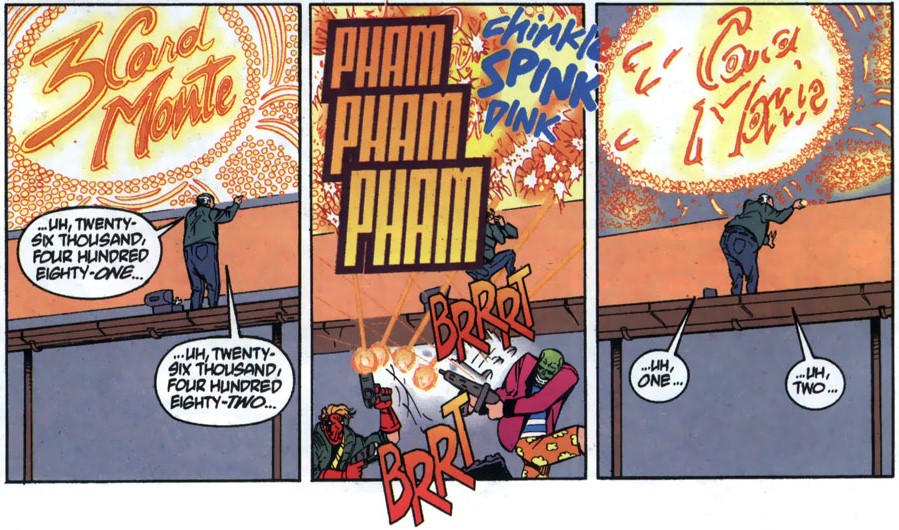 Eventually Big Head knocks over the Stratosfear Casino needle with Cole, the One Armed Bandits and Paul’s girlfriend on it! Thankfully Cole and Paul’s lady survive, but all this was enough to loosen the mask from Paul. It is up to the reader to choose if the mask popped off due to Paul finally over coming the violence, or it was shaken loose in the toppling building.  The mask then ends up in the hands of two little old ladies who just lost all of their churches money gambling. What will these golden gals get up to? Who the heck knows! That’s the end of the story! Oh, also Cole just gives Denero some other huge elaborate gun and tells him it’s the “Probability Annihilator,” which to be fair, was probably a good call not letting that manic have something so powerful.

This one isn’t too out there. Grifter in Vegas running into someone wearing the Mask doesn’t really affect too much continuity wise. In fact, the Mask / Big Head running around the WSU isn’t too far out of bounds, as we’ve been introduced to a handful of characters that we only see for a few issues before never seeing them again. Big Head even seems to only be a minor (yet powerful) nuisance in the Mask books, so I find it plausible for us to see it here, and then never again.

Yeah! It’s a fun book. For every joke that doesn’t land a few more do. Some jokes are dated, but that’s par for the course reading something from the mid-’90s! It’s worth your time if you are a fan of Grifter and/or the Mask.

Can We Find a Place for it?

And if you’re a fan of the Mask, it slots in right after “The Mask: Southern Discomfort” as the main character of that series puts the mask into his luggage and then boards a flight out of Louisiana towards San Diego, where apparently his luggage got lost and ended up in Vegas.

Where to Find These Stories: